When René Pottier became the first Tour de France rider to reach the top of Ballon d'Alsace in 1905, he was probably too out of breath to notice that he was passing the source of the great Moselle river. Yet this is where it rises in the Vosges Mountains, before making its 339-mile journey through France, Luxembourg, and Germany to its confluence with the Rhine at Deutsches Eck near Koblenz. What a stunning choice the Moselle is for your river cruise holiday. Twisting and turning like a blue ribbon, it meanders sedately along one of Germany's most beautiful valleys. It sets a pace that will feel entirely natural as you revel in watching the riverside sights glide serenely by - towering castles, verdant hills, and picture-postcard villages.

First cultivated by the Romans, the Moselle is one of Germany's most spectacular wine regions. Your Moselle river cruise will take you past terraced vineyards on craggy slopes that rise up at impossible gradients – with one at 68% claiming to be the steepest in Europe. Some of the best Riesling grapes are grown here just as they have been for centuries. Cochem, for example, with its castle crowning a mound covered in vineyards, was once the very center of the Moselle wine trade. Bernkastel, full of fine and ornate half-timbered houses, is still home to the “Pointed House,” a dwelling built by a Moselle vintner in 1416.

Although the Moselle flows through a region that has been shaped by man for over 2,000 years, its stunning scenery remains unspoiled and its medieval old towns wonderfully preserved. Your Moselle river cruise will take you through tiny winding streets, along quaint hidden passageways, for romantic strolls through delightful market squares – and to Trier, the oldest and arguably the most fascinating Roman city in Germany. 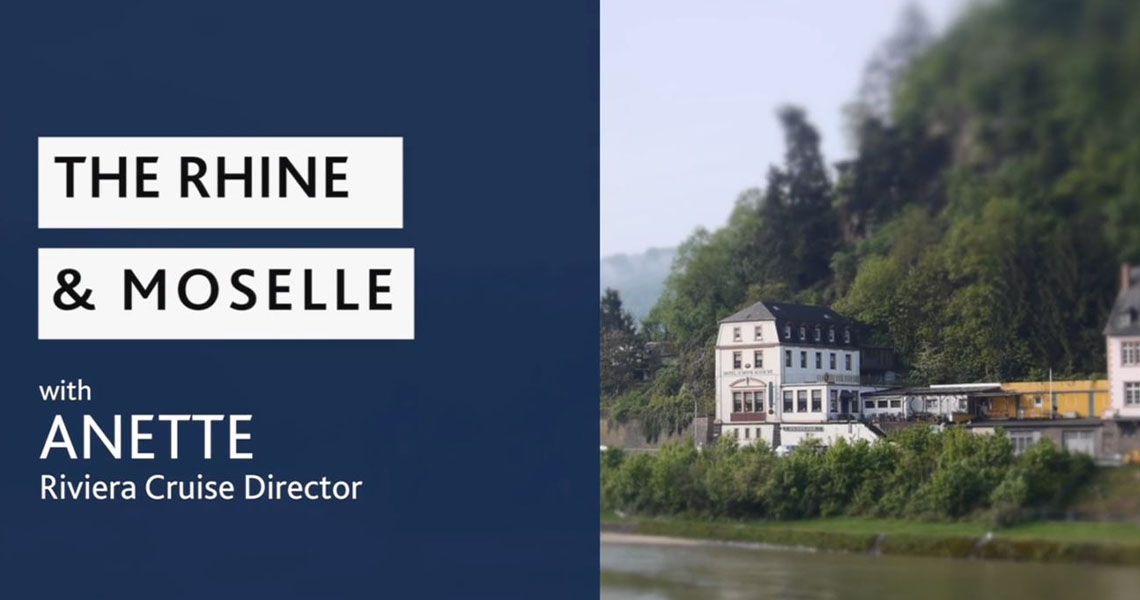