CLICK HERE FOR THE LATEST TRAVEL INFORMATION AND ADVICE 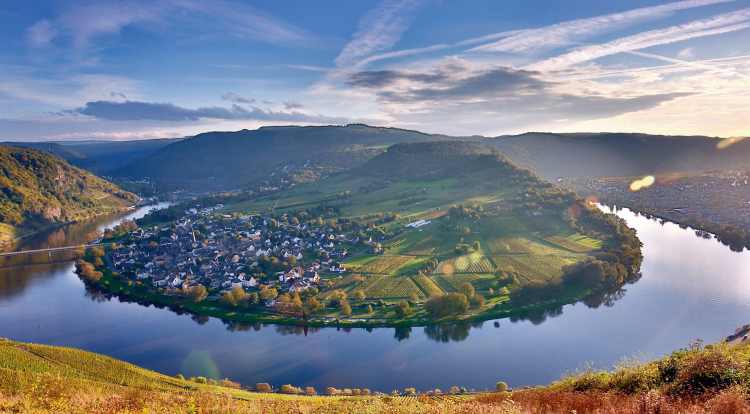 With sixteen very different states - known locally as “Länder” - the Federal Republic (Bundesrepublik) of Germany is a country of dramatic variations. From towering Alpine peaks and glaciers to dense forests, lush vineyards, national parks and majestic rivers such as the Rhine, Danube, and Elbe, its shifting landscapes are endlessly beautiful and fascinating.

Although our perceptions of Germany may be dominated by the two World Wars of the 20th century, its national identity and culture have also been shaped by other huge historical events – the Holy Roman Empire, the Protestant Reformation, the Habsburg Monarchy and the Kingdom of Prussia to name but a few. After the end of the Second World War in 1945, the country was divided by allied occupation into two separate states, East and West Germany. Only in 1990 was the country reunified, after seismic shifts in the former Eastern Bloc and the fall of the Berlin Wall that had come to symbolize the Iron Curtain.

Today, with more than eighty million inhabitants, Germany has the highest population in the European Union. The world's fourth largest economy and its second largest exporter, it’s once again the major economic and political power on the European scene.

But Germany is also a historic leader in many cultural, artistic and technical fields. The home of countless influential philosophers, composers, painters, scientists, and inventors, it’s often been referred to as “Das Land der Dichter und Denker” (the land of poets and thinkers) thanks to the huge contribution that its famous sons and daughters have made to Western thought and culture. For most of the 20th century, Germany had more Nobel Prize winners than those of any other country, especially in the sciences and medicine: Albert Einstein, Hans Geiger, Gottlieb Daimler, Rudolf Diesel and Karl Benz for starters. Where would our musical heritage be without Beethoven, Bach, Mozart, Brahms, Wagner, and Strauss? How much duller would generations of children’s bedtime stories have been without the Brothers Grimm and where would our best libraries be without Goethe, Schiller and Thomas Mann? From philosophy and poetry to physics and painting, Germany’s mark on the world is huge and undeniable.