Traveling 766 miles from the Swiss Alps to Rotterdam, the majestic River Rhine is truly one of Europe’s greatest international waterways. Enshrined in the culture and literature of the six countries through which it passes, no other river in the world has so many old and famous cities on its banks.

From the comfort of your first-class floating hotel, your Rhine cruise will transport you effortlessly through the most enchanting landscapes that change constantly from the gentle and placid to the most sheer and dramatic. The twists and turns of your cruise on the River Rhine are endlessly fascinating. One moment you’re gliding past dense forests or towering valley sides that soar to more than 1,000 feet, crowned by the precarious ruins of castles that once extracted tolls from passing mariners. The next moment you’re passing steep vineyards where world-famous Riesling or Gewürztraminer wines are produced. Then there are the pretty waterfronts of riverside towns, delightful stone quaysides, spectacular locks, and Oxbow lakes - long deserted by the river flow - that form wonderful havens for birdlife.

Myths and legends bubble around you during your cruise on the Rhine - from the stories of cruel Archbishop Hatto eaten alive by mice after playing a trick on local peasants, to the Lorelei maid who sat combing her golden hair on a high rocky crag,distracting sailors so much with her beauty and song that she caused them to crash on the rocks. But there’s nothing quite like the anticipation of gliding up to the promenade of a river port, snatching tantalizing glimpses of what lies ashore. You’ll discover classic wine villages and picturesque 16th-century old towns. You’ll explore tiny cobbled streets and alleyways leading past quirkily crooked, half-timbered houses to quiet, intimate squares. Then it’s back to your ship - for the next stage of your enchanting River Rhine cruise. 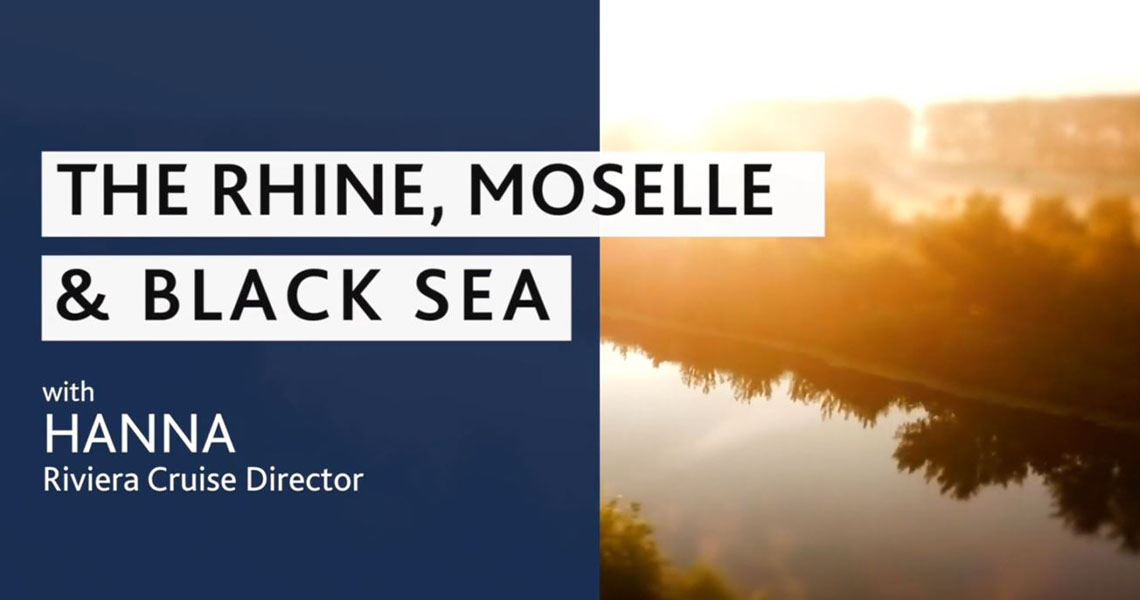